Last year for the first time the Sofia Bread House and the National Association of Sign Language Interpreters implemented a Bread in Silence event together! We are happy to meet you with one of the team members of the association who shares more about the effects of Bread Therapy and the organization itself.

My name is Blagovest and I am part of the team of the National Association of Sign Language Interpreters in Bulgaria (NASLIB).

The opportunity through social entrepreneurship to change for the better the lives of someone, both individuals in particular and entire communities. The effect of uniting and creating emotional connections between people in the process of seemingly ordinary bread making is truly unique. It is the emotional connection and trust between people that is something that modern people increasingly need, especially in the so-called ‘developed societies’. Last but not least, my interest is due to the important fact that the idea has a Bulgarian origin represented by Dr. Nadezhda Savova-Grigorova.

Our first contact with the Bread Houses Network was in 2019, when we needed donor support to organize the first international training of sign language interpreters in Bulgaria, conducted by EFSLI – the European Forum of Sign Language Interpreters. The Bread Houses Network then supported us unreservedly, which we still remember with gratitude. This was the beginning of our cooperation. Shortly afterwards, we again received valuable support for the implementation of another project – “Show me music”, aimed at gesture interpretation during music events, so that the beauty and emotion of the art of music reaches people with hearing impairments.

In February last year we had the opportunity to hold our first joint event – “Bread in Silence”. Hearing impaired people kneaded beautiful bread stories, while in their interpretation and communication with the wonderful hosts and facilitators of the Sofia Bread House they were helped by novice sign language interpreters. I dare say that we have managed to achieve something wonderful for both hearing impaired people and young interpreters.

What is common between NASLIB and the Bread Houses Network? – Perhaps our common desire to be useful and help the people around us. I sincerely hope that our successful cooperation will continue in the future.

Oh, their reactions are hard to describe. I would say – a bouquet of positive emotions! There was also an initial shyness, followed by trust and sincerity. There were smiles, there were funny moments. There was warmth. The group of participants was diverse, but it was as if everyone participated with their heart! 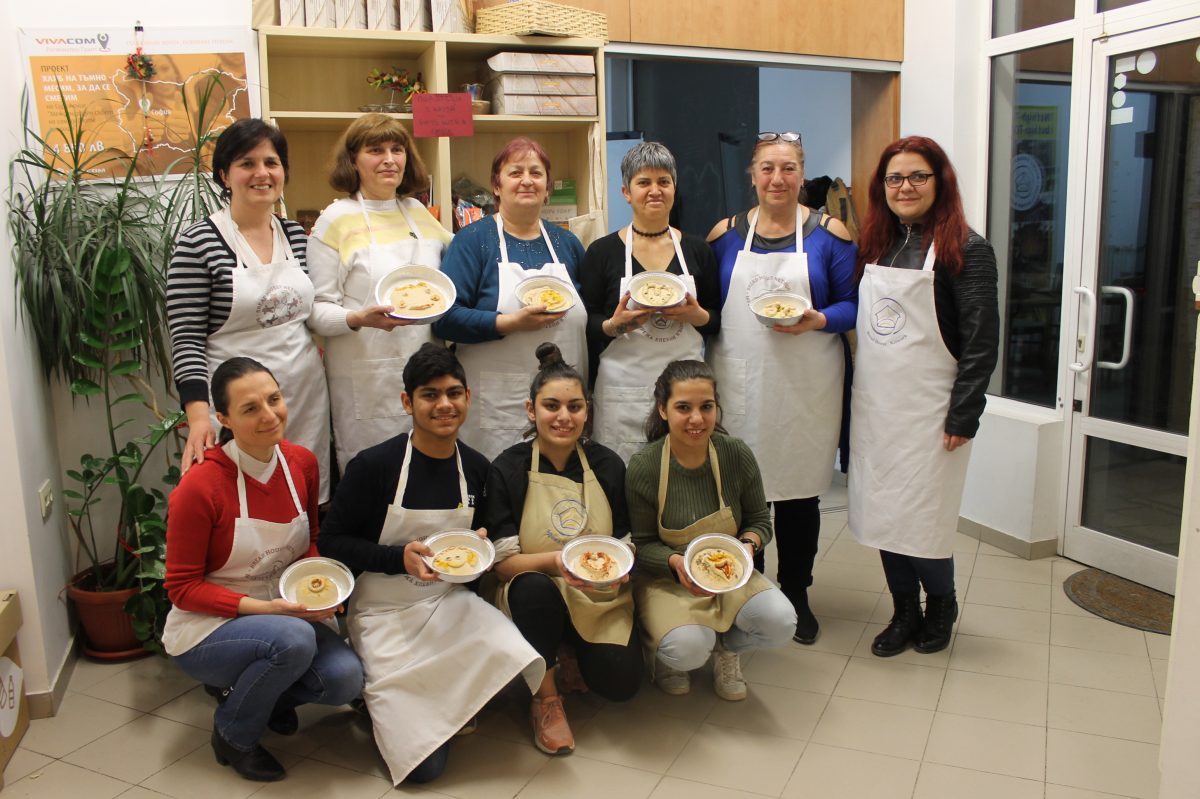 What impressed me the most is the fact that through Bread Therapy you can both detach a person from his/her inner world, but also help him/her look at it from a different perspective. For some people, this can mean a lot – to have an occasion for reconsidering and reflecting on how to proceed.

Yes, not only one. The getting to know ourselves at the beginning by describing ourselves through our names and thus presenting some of our qualities was very meaningful. Bread making in pairs, where everyone complemented the person next to them. A pinch of salt, which gives flavor. Not only to bread, but to life as well.

What would you like to wish all those who support the initiatives of the Bread Houses Network?

Bread is a wonderful metaphor for human life. From the small seed, through the wheat, to the toasted slice that we put on the table. Even the crumbs that remain at the end. There is a lot of “bread for change” in the world around us. There is “bread for change” in ourselves. Somewhere there is not enough flour and you have to add. Elsewhere, artificial enhancers are in abundance. But if you take them away, you will not cause any harm – you will only help bread come closer to the initial true version. Everyone’s life is different – with different needs and different opportunities. But I would like everyone to strive and contribute to this change – within ourselves and in the environment around us. This is the only way we would help each other. We need that.